Itineraries are made to be broken! Our Suez Canal transit which was originally scheduled for Monday April, 6 was changed several weeks ago to Saturday the 4th, due to the cancellation of all Egypt stops and the addition of Israel. As we left Aqaba Thursday evening the captain announced that due to dredging work being done in the canal, traffic was now being done in a convoy fashion and we must “hurry” because if we arrive by 10:00 AM on Friday we should be able to make the 11:00 AM convoy. Otherwise we might be delayed a day. We traveled at 20 knots or faster during the night and morning and did arrive before 10:00 AM. Unfortunately, it took several hours and visits by at least 6 different boats of officials before we joined the convoy as the 29th member. We didn’t enter the Suez until 4:00 PM. As a result most of our transit was during the night and we exited at 3:00 AM. We were very disappointed that we had a night transit. The transit of the Suez for us was almost a “nonevent”. We were now too early for our Ashdod, Israel port which was not scheduled until Sunday morning. As a result we spent Saturday pretty much just sailing around the Mediterranean killing time. I spent the day reading, walking, working out in the gym and made a visit to the thermal spa.

Ships waiting to enter the Suez Canal. At one time I could count over 50 ships. 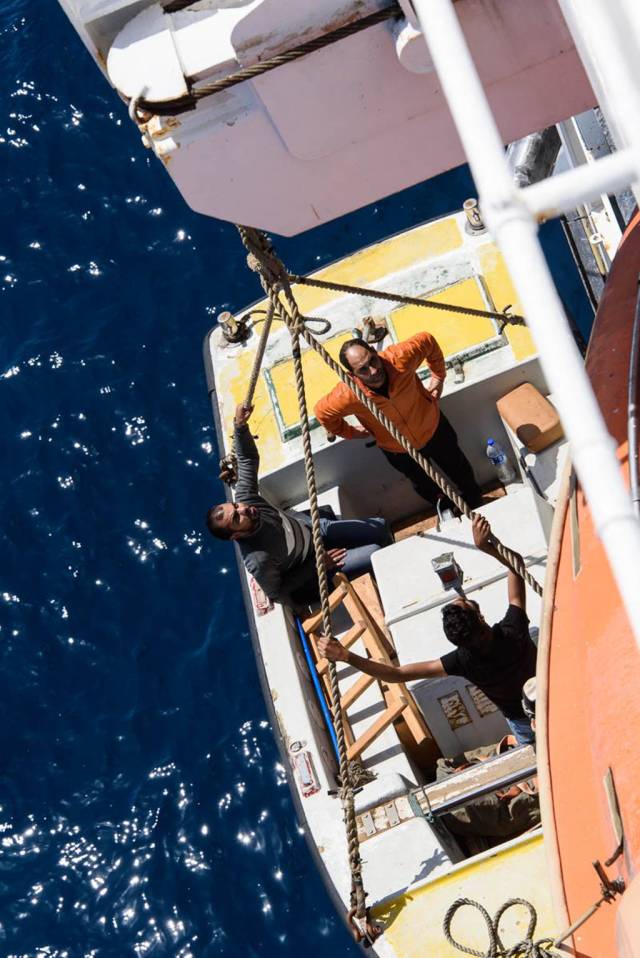 This small boat was actually hoisted aboard the Amsterdam. I later realized that it would be used to ferry the Pilot after we departed the canal. I took this photo as well as the ones which follow from our veranda.

The driver of this boat enjoyed his water pipe while waiting for the official he had ferried out to the Amsterdam. 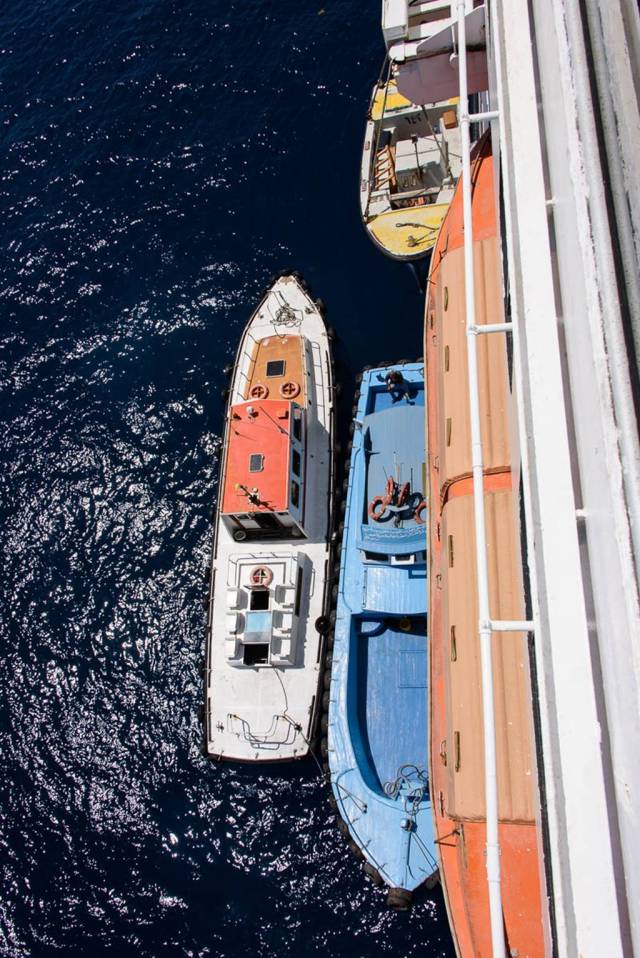 A couple of the boats which came alongside with officials. I can understand the need for security, but it would have been interesting to know exactly what all these people did beside eat in the Lido…

The entrance to the canal. 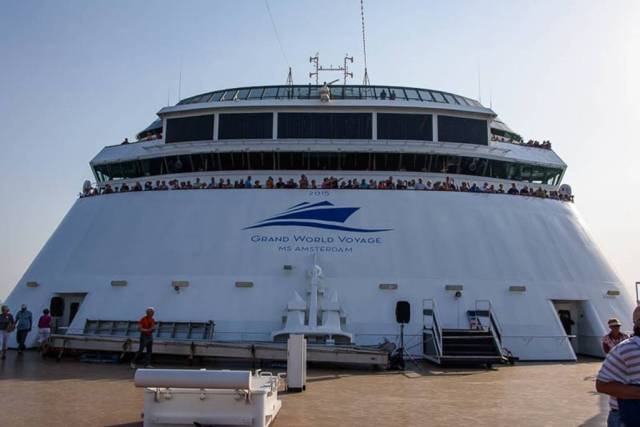 This photo taken from deck 3 forward. You can see the crowd of passengers on the forward veranda of deck 6 which is our deck.

This mosque is located just inside the mouth of the canal.

Security by the Egyptian Army was very prevalent. There were stations like this along the first several miles of the canal. They were so close they were in sight of each other. 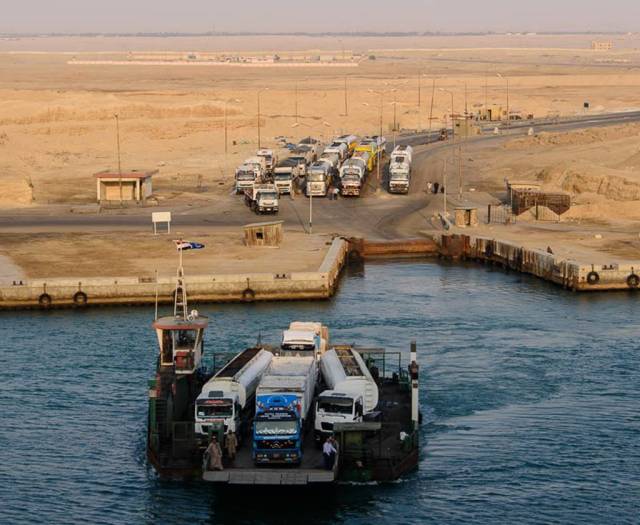 This interesting ferry was transporting fuel carriers across the Suez. 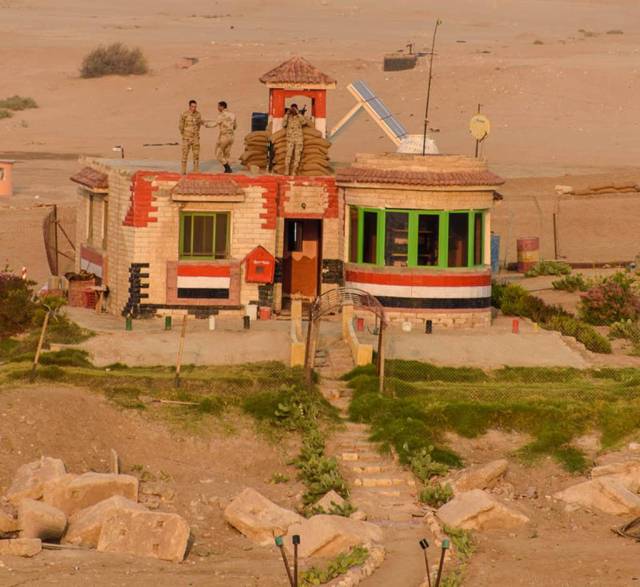 Another security outpost. We were probably safer in the Suez than we have been for the past week!

We arrive in Ashdod, Israel tomorrow morning. After going through security and passport control, we have an 11 hour excursion planned. We are visiting Masada Fortress and the Dead Sea. We will be passing through Arad, where the Dead Sea Scrolls were found. We really would have liked to go to Jerusalem but since it is Easter Sunday we were concerned that the crowds would be so large it would be almost impossible to see the Holy sites. Nevertheless, I am excited to be seeing this historical site and having lunch on the shore of the Dead Sea. 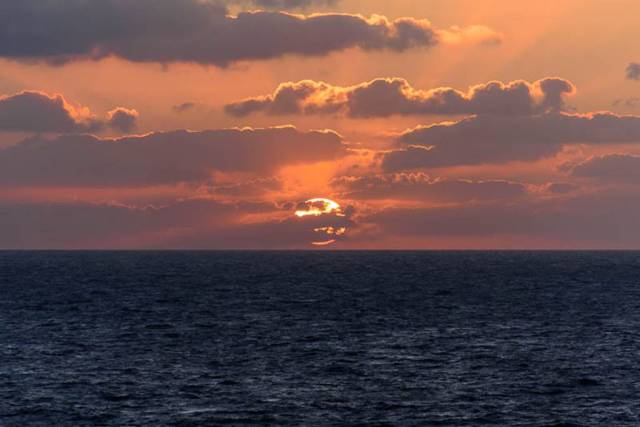 Sunset over the Mediterranean Sea.

It might be a few days before my next post. We have two very full days. We are in Ashdod on Sunday and then Haifa on Monday.